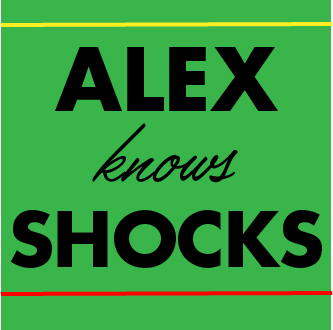 In the Mattoc fork, Manitou is competing in the high-end trail bike fork market and compete with the likes of the Rockshox Pike and the Fox 34. In this long-term review, I will build on my cursory initial review of the fork from last September and attempt to answer the question of whether this fork is competitive in that context. I will also discuss its applicability for riding here in Southwest Michigan.

I have been riding the Manitou Mattoc fork for approximately nine months now and have had the opportunity to ride it more and in rougher terrain, and I have taken it apart to perform a lowers service. This is an update to address longer term durability and a more in-depth look at the riding characteristics of the fork.

I am pleased to have very little to report as far as issues with durability on this fork, it has worked flawlessly for the duration of my ownership of it, and if anything, the action of the fork has become smoother over continued use. The only issues that I have had is a slightly creaky fork crown which makes a high-pitched ticking noise every once in a while, under hard braking, and the fact that the paint chips fairly easily but neither of these effect on-trail performance.

The fork which I have was provided with the aftermarket Infinite Rate Tune (IRT) air spring, and not the stock Incremental Volume Adjust (IVA) air spring, so I cannot comment on the performance of the IVA spring. The IRT spring is an air spring with three air chambers, one “negative” chamber which attempts to pull the fork back into it’s travel and exists to oppose the main “positive” spring which holds most of the rider’s weight up. Then there is the third air chamber which acts as a second positive chamber and mainly affects the performance of the fork as it gets about 60% through its stroke. With that out of the way, I can say that I found the IRT spring to perform phenomenally. Through a significant amount of experimenting and some chicken-scratch note taking, I have found that it can be tuned to have a very responsive initial feel, and at the same time resist bottoming out very effectively. It can also be tuned to have a stiffer initial feel and push through its travel more on large hits and pretty much any permutation of those extremes. I found that for my riding, getting two far from a 1:2 ratio of air pressures in the main and IRT chambers felt less ideal, and that window for my 175 lb riding weight ended up being between 60-70 psi in the main chamber and 120-140 psi in the IRT chamber. A riding characteristic that I particularly like about the performance of the IRT spring is that the fork stays high in its travel very well, not using too much travel on smaller bumps, saving it for large hits, this is in contrast to many other forks which tend to dive through their travel too easily for my preference.

I have found the MC2 damper which comes on the Mattoc to be easily tunable and able to provide many different ride qualities. On this damper are four adjustments: a rebound knob in blue at the bottom of the fork leg, A low-speed compression lever in red at the top of the fork leg, a high-speed compression knob atop that, and finally a hydraulic bottom out adjuster in silver inset into the high-speed adjuster. This presents a lot of tuning options for the user, and thankfully Manitou provides a setup guide with the fork with good presets for different riding conditions. For my use, I have tried many different combinations of damper adjustments including all of the presets and found that I could dial the fork performance in for what trail I was riding. In December, I took a trip to North Carolina to ride in the Pisgah National forest. If you are not aware, Pisgah has a well-deserved reputation for very rough, steep, gnarly trails, and this was an excellent test for the performance of this fork. I found pretty quickly that the settings that I used for Michigan trails were not ideal for the trails out there, and with a couple twists of the knobs dialed in less low-speed compression, more high-speed, and more bottom out resistance which corrected the issue I was having. The tune I was using for Michigan was fairly close to the preset which Manitou suggests for “Flow”, and in changing it in that way I was closer to the preset which they suggest for “Enduro” which makes sense when comparing the trails which I was riding. Even within the kalamazoo area, I find myself adjusting my damper settings slightly depending on whether I’m riding the smooth and jumpy Maple Hill trail, or more natural and rougher trails like Yankee Springs and Fort Custer, but for most people that is probably a bit excessive.

In my initial review, I compared the stiffness of the chassis to several different forks and made judgements based on that. I find now that I need to revise some of those judgements, namely regarding the comparison to the Rockshox Pike. In that initial review I said that the Mattoc was slightly less stiff than the pike, and now with further testing I have to disagree with that assessment. Having ridden the Mattoc in comparison to the Rockshox Lyrik, the Pike’s bigger, burlier brother; I can say that the stiffness of the Mattoc approaches that of the Lyrik and is at least on par with if not stiffer than the Pike which is pretty impressive given the Mattoc’s 34mm stanchions compared to 35mm on the Lyrik and Pike. I cannot compare it to the Fox 36 as I have never ridden that fork, but the Mattoc is definitely stiffer than the Fox 34.

This winter, I performed a lowers service on my Mattoc, and found it to be a very simple task, given that you have the correct tools. The required tools for a lowers service are: a thin walled 8mm socket (from manitou), a 8mm Allen wrench, a 2mm Allen wrench, and a sturdy tire lever, plus new seals and oil. You can buy the tools from Manitou, or it is possible to upcycle other tools to be suitable. Instructions for servicing your fork are easily available on Manitou’s website, and are very easy to follow. For someone who is not a home mechanic, the fork is also easily serviced in the shop.

I’ve been riding this fork set at 150mm of travel on my Kona Process 134, a bike which is decidedly too much bike for much of our riding around here. Does this mean that this fork is too much fork for the Kalamazoo area? No, I don’t think so. The 27.5 variant of this fork can be adjusted down to 140mm of travel; which for most people in this area is still probably too much, but the 29er and 29+ variants of this fork can be had down to 100mm and 80mm of travel respectively which are much more common travel numbers around here. The 29+ and 27+ variants of the fork, under the name of the Manitou Magnum (which is essentially the same fork and has been recently absorbed into the Mattoc line) are ridden quite frequently in the Kalamazoo area in 110mm and 120mm settings respectively on the popular Trek Stache and Specialized Fuze/Ruze. The tendency of the air spring to ride high in its travel while remaining sensitive to small bumps makes it an ideal fork to put on a hardtail, it will preserve the geometry of the bike more than a fork which dives through its travel more.

I have found the Manitou Mattoc to be a top performer on the trail, and an excellent fork for riding here in Southwest Michigan. The fork is sensitive to bumps of all sizes without being overly dive-y and is tunable for many preferences as to how a fork should feel. The Mattoc is a standout for its tendency to ride high in its travel and preserve the geometry of the bike which is a valuable trait. I would recommend the Mattoc to a friend without hesitation, over a wide range of riding styles.