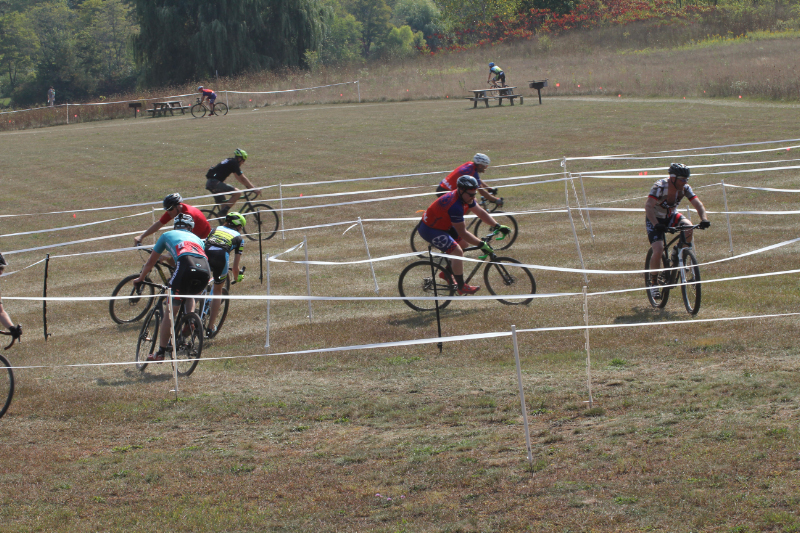 From the man that I often refer to as Uncle Kurt:

And now I want to tell you about my late Uncle Alex. He was my father’s kid brother, a childless graduate of Harvard who was an honest life insurance salesman in Indianapolis. He was well-read and wise. And his principal complaint about other human beings was that they so seldom noticed it when they were happy. So when we were drinking lemonade under an apple tree in the summer, say, and talking lazily about this and that, almost buzzing like honeybees, Uncle Alex would suddenly interrupt the agreeable blather to exclaim, If this isn’t nice, I don’t know what is. So I do the same now, and so do my kids and grandkids. And I urge you to please notice when you are happy, and exclaim or murmur or think at some point, If this isn’t nice, I don’t know what is.

The energy before our impromptu ride to Plainwell a couple of weeks was high, and increased once we reached the brewery. Everyone was laughing and smiling and looking happy. I enjoyed talking to someone I’ve known for years and finding out that he has a masters in English. Who knew?

After the snacking session, we started back. The evening was beautiful. The wind either stopped or was behind us. There were six or seven of us in our little group, and we chugged along down the side of the road. Every now and then, I got excited and started going a little bit too fast. Shortly after that, Lynn would yell, “Carolyn is off,” and we’d back off just a bit. A few seconds later Carolyn would yell, “I’m back!” and off we’d go again. The sun set. It became, if anything, more beautiful, and I thought, “If this isn’t nice, I don’t know what is.” I have vivid memories of someone cramping, laying down by the side of the road and stretching. People in cars stopped to ask if we were OK. No one actually said, “crazy,” but that might have been the real question. We rode in the pitch black to Parchment, and on into town. The whole evening is surrounded by something of a halo in my memory. What great fun.

I read a poem recently in which the author wrote, “anything can be a  drug if you love it.” I rode my new bike last week. The morning started out pretty chilly, in the mid-40s. Mist clung to the ground in low-lying areas. Out of town I noticed that some corn fields had already been disked. The surrounding air smelled like dirt. The sun came up, and the morning became warmer. I loved it, and thought about the line from the poem.

Last Sunday I raced a bicycle for the first time in maybe ten months. I experienced the usual sensations and emotions in their usual intensity. Afterward I sat in the pavilion with friends new and old, a cold one and a bratwurst. If that wasn’t nice, I don’t know what is.

A very smart man I knew as a much younger me wrote this. Football doesn’t have a whole lot in common with bicycling, but the major themes of his story — Overlay of remembrance, Vividness of immediate experience, Withness of the body — imbue the sport (or pastime or whatever you choose to call it) that I love so much as an adult. Fantastic stuff.

These are some of the things I’ve considered while riding my bike this marvelous summer.