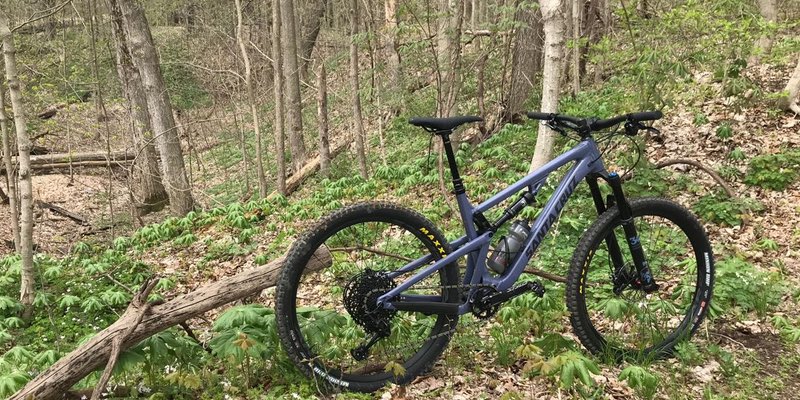 Several years ago I had the chance to ride a Santa Cruz 5010 on trails outside of Calgary, AB. When we decided to carry Santa Cruz at Pedal, I thought the 5010 might be a super bike for, among other things, the Maple Hill Trail, so we brought in a couple for demos.

And that’s the lead-in to my decision to build the medium 5010 last night and ride it at Andrews today.

First: all of the internal cabling on an aluminum 5010 is not for the faint of heart. 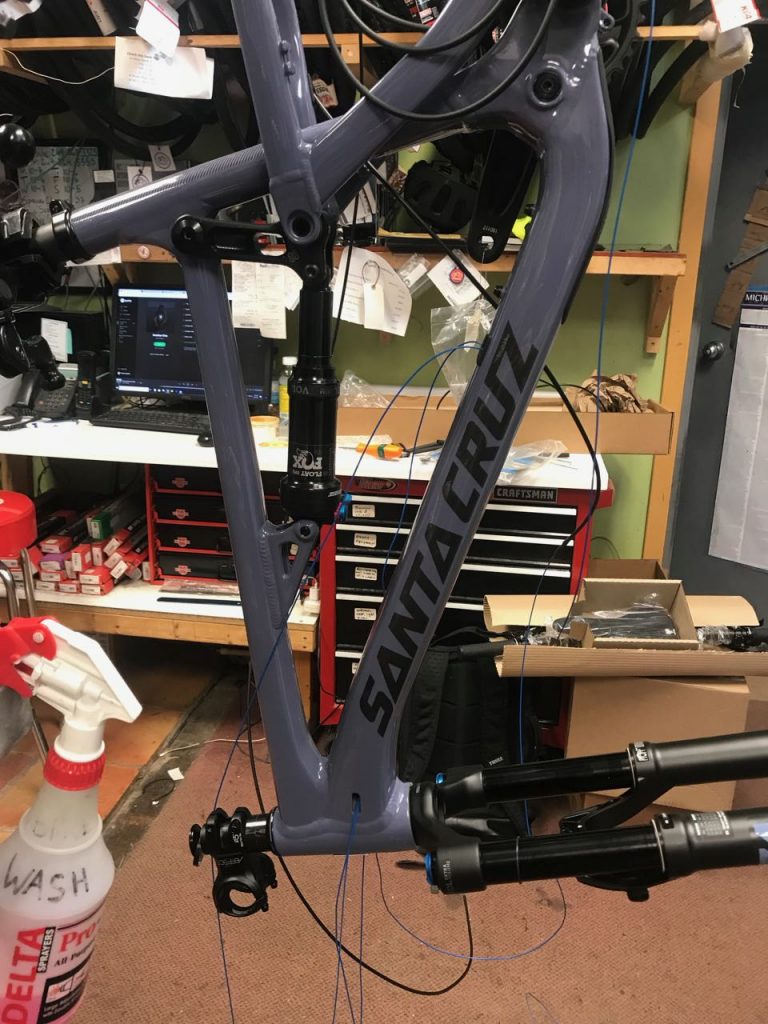 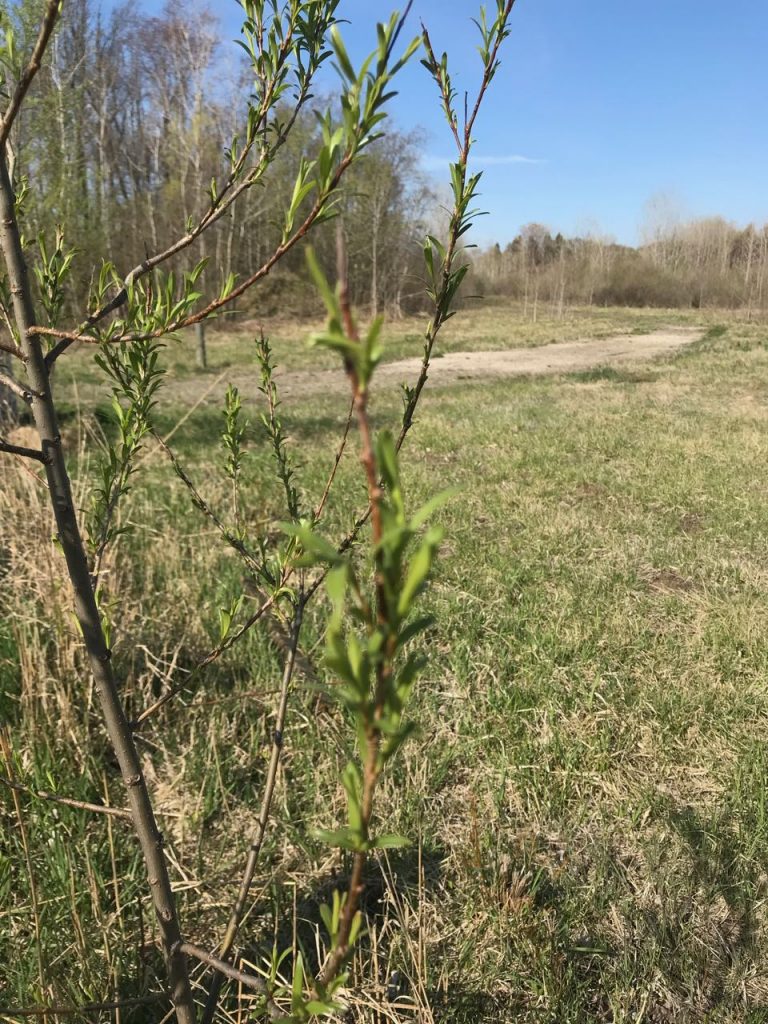 I brought my normal bike so I could do a little bit of comparison. I am quite smitten with this  Epic. It has 100mm of travel at each end, no dropper and weighs 24 lbs, 8 oz. 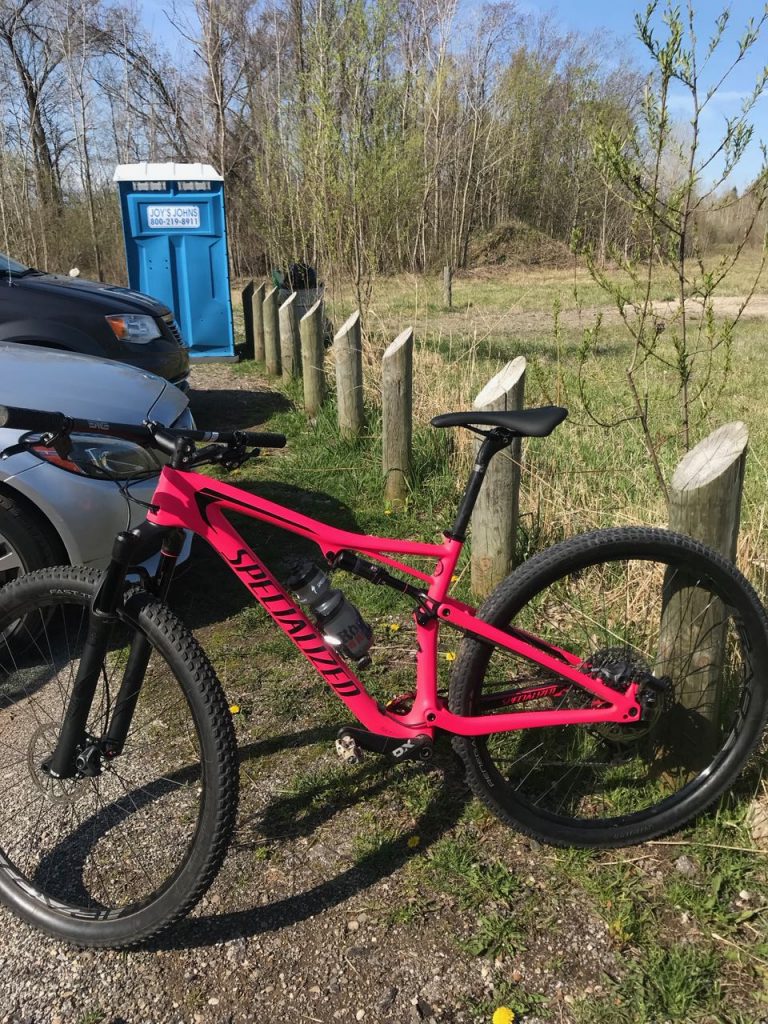 I rode the Epic for a few miles to find my legs and to assess the conditions, which were fantastic. Very little mud, zero sand, tons of grip. Plenty of elevation change, too. Once I felt pretty good, I switched bikes. The 5010 is aluminum, has a dropper and weighs 32 lbs. 7 oz., nearly six pounds heavier than the Epic. Putting the bikes on the roof, the 5010 felt heavier. It also felt a little heavier riding, but certainly not six pounds heavier. I didn’t weigh ’em until I got home. 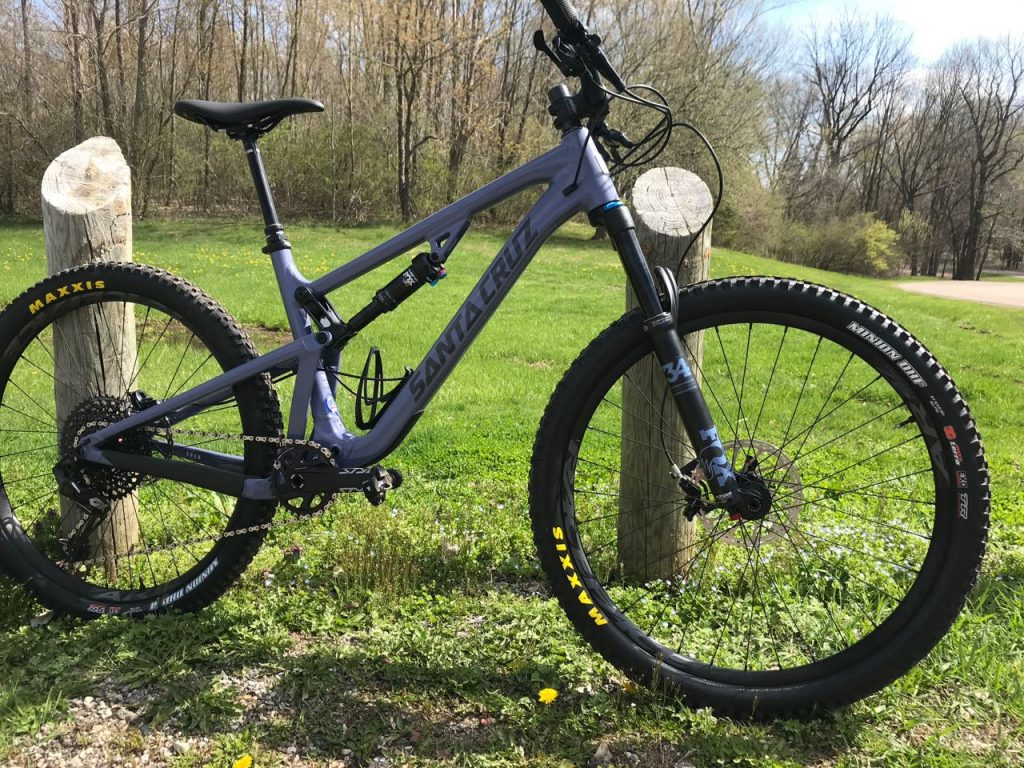 This lovely color is called Eggplant. 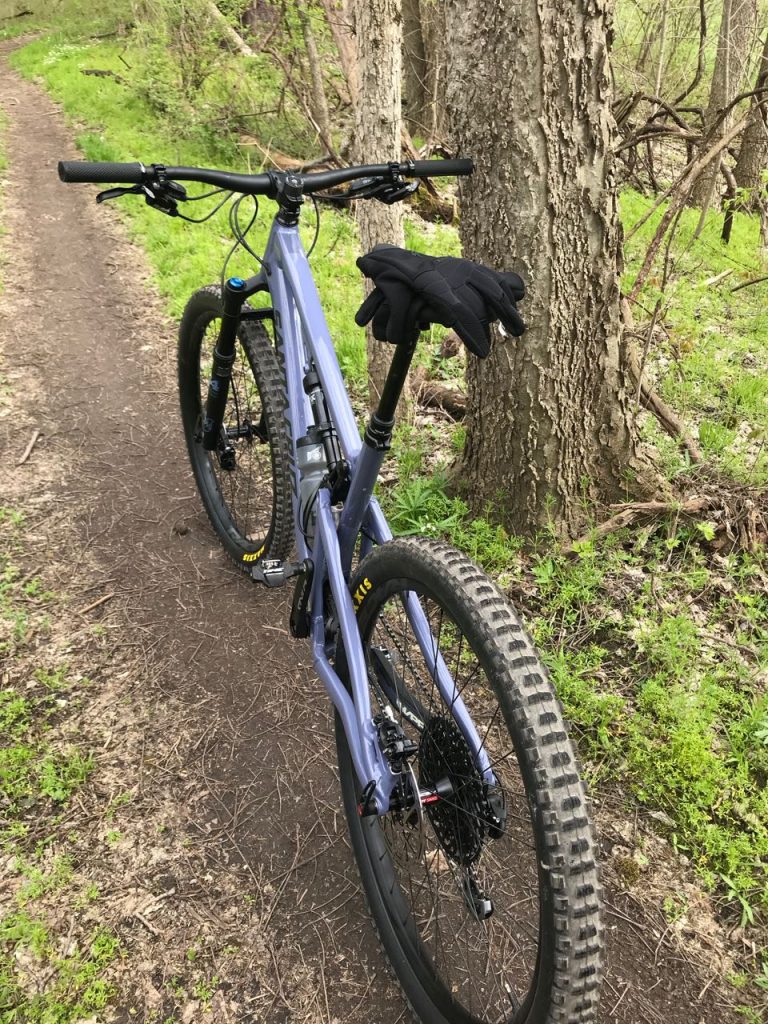 Pretty quiet at the trail today, so I could park the bike in the middle of the trail and take a picture. 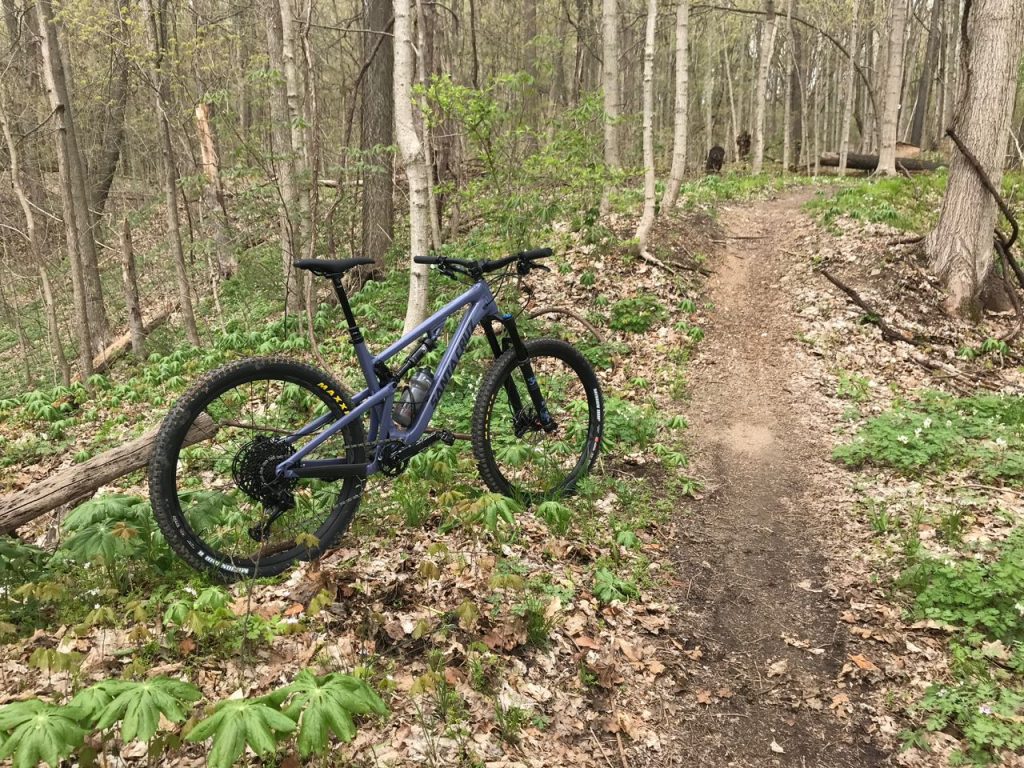 Nice picture among the Dr. Seuss plants that always make me think of Spring. Perhaps because they show up in the spring.

I wanted to ride ’em both just to get a little bit of contrast. Yeah, the Epic is #RaceBike, but it’s also just a really great bike. The handling agrees with me. I run the suspension pretty plush and like it. Heck, I even like the tires. It’s a great bike.

The 5010 is a bit of a different beast. Heavier? Yes. Sluggish? Absolutely not. It was a lot of fun. I suspected that I might hit the pedals on a regular basis but such was not the case. I could feel tons of unexploited potential in this bike. It wanted to jump. It wanted to party until dawn, but I’m a go-to-bed-early guy.

I’d like to spent more time on Eggplant. I’m also itching to try out the Blur.