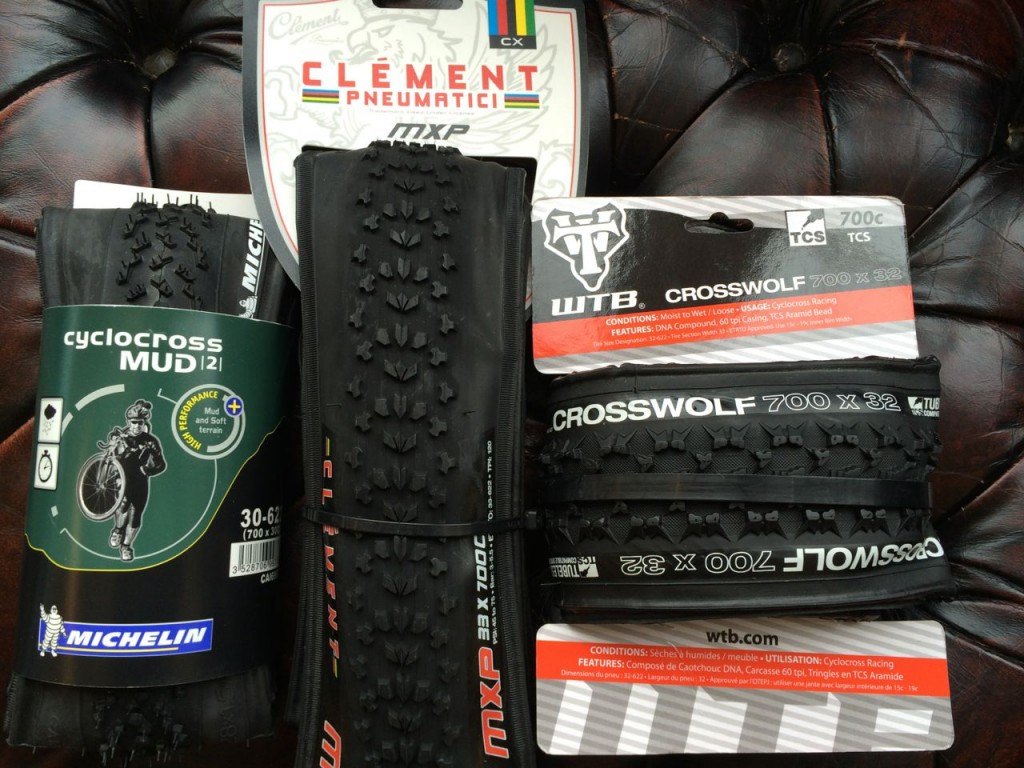 Should I go Tubular?

No, unless you’ve lost your mind or need another challenge in your life. Yes you can run silly low pressure. Yes the feel is sublime. But you have to deal with a bunch of foul glue (or pay someone else to do it, and we’ve learned (slowly) to charge for this nasty service) and buy new wheels and blah blah blah and let’s not even talk about the living shame of rolling a tire off the rim while attempting to mount the bike on an off-camber corner. Terrible. Speaking personally, my only DNFs occurred when I had tubular tires on my bike.

I find this less stressful than tubular, but it is more work than plain old tubes. I’ve always gone the hard way and used non-tubless-ready tires, about which I’ll talk about later. I’ve learned through painful experience that the only setup I’ll do for a customer will involve tubeless-ready tires on tubeless-ready rims. There you go.

Piece of cake. You should feel like you’ll pinch flat once or twice a lap. Run much lower pressure than you think you should. Have fun. Crash a time or two. Have more fun. Attempt to eat more post-race bratwurst than Ryan. Call in sick the next day. Yeah. That’s it.

So What Tires Should I Purchase?

All of them. Seriously, I once had a garage full of tires, something for every possible condition. These days I try to pick one awesome tire and hope that it’ll do me for everything. And I still have a few odds and ends in my garage.

Michelin Mud2. I’ve used this tire for a long time.with tubes and tubeless on a NoTubes Alpha 340 rim. They say it’s a 700×30, but it feels (and looks) fatter than that. This tire exudes confidence and sticks better than anything I’ve used in my lame-o career. It is not a fast tire. I once switched from a Vittoria XG to a Mud2 in the middle of a race (don’t ask) and could immediately feel the difference. However, in mud or a wet grassy corner, the Mud2 will not be denied. A similar tire is the Vittoria XM. Very grippy.

Vittoria XG. This is a fast tire with a nice, supple sidewall. It is very fast, but is not nearly as confidence-inspiring as the Mud2. To be fair, it might stick as well, but it just doesn’t feel like it sticks as well. What does this mean? I don’t know. However, I would very seriously consider a TNT (tubed or no tubes) version of this tire for my tire this season if I didn’t always want to try something new. Note: excellent gravel tire. Killer for Barry Roubaix. There: secret’s out of the bag.

Schwalbe Racing Ralph. I ran these in tubular form for a while. As I recall, I ran a Racing Ralph in the front and an XG in the back for a really nice combo. This tire is seriously Not Cheap, but it is nice. A contender in tubeless format for this year along with a WTB tire to be named later.

Vittoria XN. I love this tire for dry days. Typical Vittoria suppleness with a fast ride. Another great tire like this comes from Challenge (XS). If you’re doing a mix of mostly road and dry dirt, these file tread tires are tough to beat.

Ritchey SpeedMax. Another good dry tire, but I don’t think it has enough mustard for a wet or snowy day. Inexpensive.

Clement MXP. Not terribly different from the Vittoria XG, but fatter and maybe more grippy in the corners. I used this in tubeless fashion last year and loved it. Loved it. This is also the tire that I blew off a rim and threw sealant all over the shop and hurt my hand and forced the policy of only tubeless tires and rims.

WTB Cross Wolf. We found this tire after the debacle described above and have been very impressed indeed. My west coast friends (not as pretentious as it sounds) think this might be the tire of 2014/15. I have a pair set aside for this year, but the Racing Ralphs also look good.

Other things I have not Personally Tried include the Fango and X’Plor from Clement, the cool-looking tires from Maxxis and others from Continental and Hutchinson. Many are the good options; finite is the amount of time/money I have to invest trying them.

If you’re a dude or dudette who loves the idea of switching around tires the night before a race, you probably want a dry tire, an intermediate tire and a mud tire. Tubes are a good way to go if you don’t want to mess with sealant, an air compressor and all that stuff.

If you’re a carbon based life form with less time and/or willingness to switch stuff around, you want to pick the killshot tire. Here I think you should look for a tire that plays to your weakness and use your strength to overcome its shortcomings.